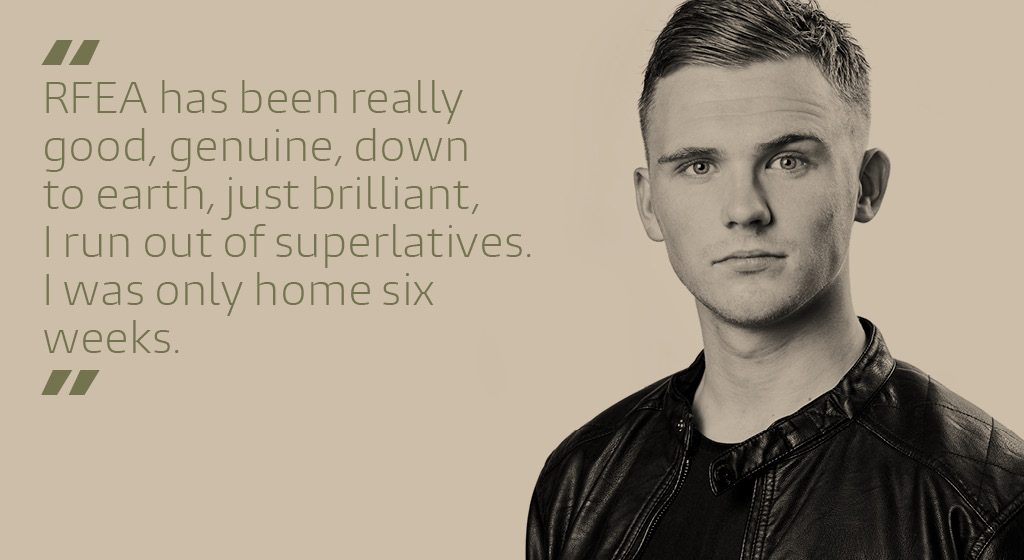 Michael was in the army for three years.  He thought about going to university, but wanted to see the world and do things. When he was in the army he decided that he wanted to continue to study and completed his A Levels.

RFEA suggested applying for a higher apprenticeship which Michael didn’t know existed.  After receiving an e-mail from us matching him with an opportunity advertised on Rightjob, he has accepted a job with Sage.

“I received a huge amount of support from my advisor, I don’t know where I would be now had it not been for the RFEA.  RFEA has been really good, genuine, down to earth, just brilliant, I run out of superlatives.  I was only home six weeks.”