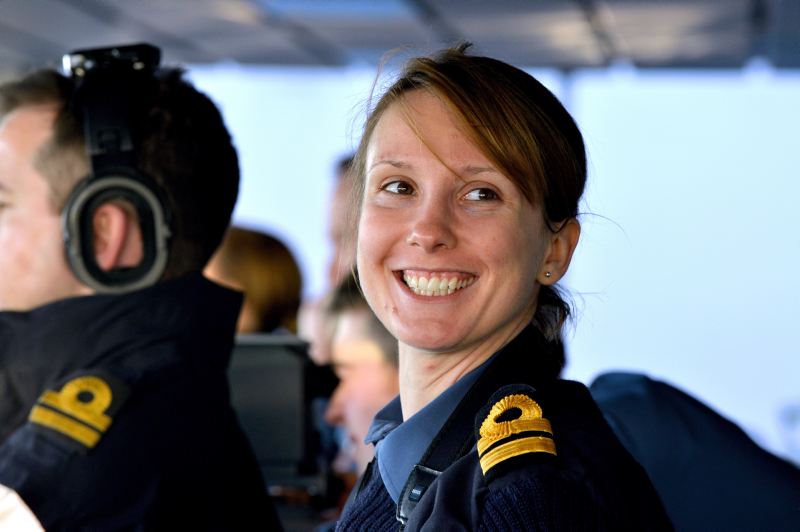 A Royal Navy officer is picture on the bridge of Type 45 destroyer HMS Diamond.

The Portsmouth-based Type 45 destroyer has been putting her sailors to the test as she sails to meet the rest of the Task Force near Cape Wrath for a Combined Amphibious Landing Forces Exercise later this week.
HMS Diamond, which is affiliated to the cities of Aberdeen and Coventry, is to provide the air defence role for the exercise  which will see Royal Marines storm the remote area by landing from the sea and air under the cover of warship firepower.