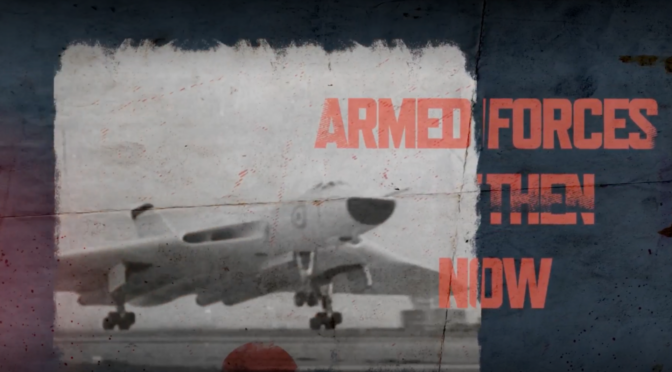 RFEA – The Forces Employment Charity reports a huge increase in the number of businesses looking for veterans to fill vacancies. Last year the charity created 97,826 job opportunities (a 47% year-on-year increase) and helped 21,698 ex-Forces personnel and their families with the next step of their career journey to help them find meaningful employment.[1]

Around 15,000 people leave the UK Armed Forces every year,[2] which instils a vast array of abilities that are highly sought after in the civilian workforce. Everyone who has served their country is ingrained with vital skills such as an exceptional ability to work both as part of a team and under pressure, as well as make decisions at pace. Military personnel are also often driven by a strong need to ‘give back’, which can then continue into their careers outside of the Military.

This is reflected by new research[3] by RFEA which showed some of veterans’ biggest motivators in their civilian roles include:

In celebration of the vast array of key attributes possessed by the Military community, RFEA is releasing a brand-new film during Armed Forces Week (Friday 24th June) which is made entirely by veterans and celebrates the attributes of those who have served.

Using previously unseen images and archive footage from the vaults of the likes of the Imperial War Museum and BFBS, along with new interviews with modern day ex-Forces, the film aims to raise awareness of the skills and traits that have always made those who have served a great source of talent for prospective employers.

RFEA’s research revealed that the majority (59%) of employers already say they would be ‘likely’ or ‘very likely’ to hire a veteran. The charity hopes that the film will encourage even more employers to consider bringing veterans into their workforce.

RFEA – The Forces Employment Charity’s Chief Executive, Alistair Halliday, says: “As someone who served for 33 years in the Royal Navy, I know first-hand how valuable the skills are that are developed as part of a Military career. Our new film perfectly encapsulates everything that makes ex-Forces unique, from all the way back when RFEA first started helping them find employment in 1885, right through to the modern day. Hopefully our film will help even more employers understand that it made great sense to hire veterans back then and it still makes great sense now.”

Ria Jackson, who appears in the film, followed in her father and grandfather’s Military footsteps. She spent 12 years in the RAF before leaving to start a family. She sought help from RFEA’s Military Women programme to help her convey her Military experience into ‘civvy speak’. She says, “I loved my career in the RAF as it was a fantastic route into engineering, which had always been a passion of mine. During my transition period out of the Military I decided to gain teaching qualifications. I remembered how heavily influenced I had been by a teacher, who acted as a brilliant role model for me, and I saw going into teaching as my way of giving something back, which is something that has always been so important to me. Now I work in a civilian role, I realise how many vital skills the Armed Forces teaches, from resilience and teamwork, through to an unwaveringly strong work ethic. I’m so proud to have been part of making this film, as I think it’s so important that we continue to tell veterans’ stories through a positive lens.”

Joe Healey from BFBS Creative Served in the British Army for six years before moving into filmmaking through the BFBS Media Academy. On making the RFEA film he says, “There are lots of preconceptions, and some misconceptions, about the type of person who serves in the Military and they kind of roles they are likely to pursue after they leave the Forces. For example, not many people would assume that, as a former Army Corporal, I would now be working in making films, but there you go – we’re all full of surprises! RFEA’s film tells veterans’ stories in a way we’ve never seen before and will help people sit up and realise all the amazing things ex-Forces are capable of.”

[3]Research carried out by OnePoll from 21.10.2021 – 28.10.21. It surveyed 1000 UK employed adults who have input into hiring decisions in their organisation, plus 200 UK veterans who are either employed or seeking employment.