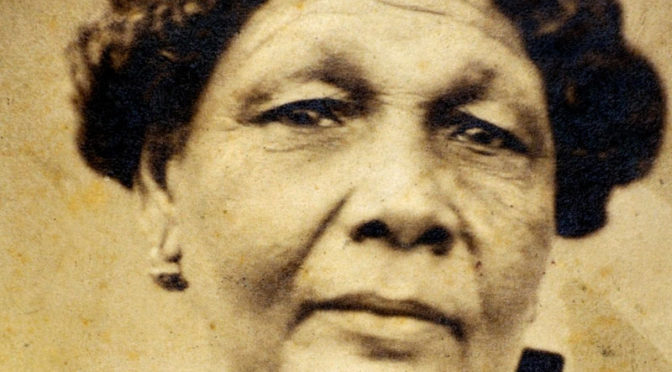 October is Black History Month, and RFEA will be highlighting some of those from the BAME community who have either served in or supported the British Armed Forces.

For centuries, the Armed Forces have drawn recruits from all over the commonwealth and previously the colonies where they have stepped forward to volunteer and serve Great Britain, whether in uniform or as part of the supporting services.  In many cases, their brave actions have been forgotten or not so well known and as part of Black History Month, each Friday during October I will be focussing on someone who has given outstanding service to this country.

Mary Seacole was born in Kingston Jamaica in 1805 of mixed heritage (Jamaican/Scottish) and although slavery was in force at the time, she was born a free person due to her father’s standing as an Army officer.

Mary initially learned her nursing skills from her mother, who kept a boarding house for invalid soldiers, but complemented these skills on her travels across the Caribbean and Europe adopting a number of modern medical practices.  In 1854 Seacole travelled to England and approached the War Office asking to be sent to the Crimea where she could utilise her skills as an army nurse. Refused entry into service as she was over the maximum age and had no hospital experience, she also felt her race was a factor.

Undaunted Seacole funded her own trip to the Crimea where she established the British Hotel near Balaclava and Sevastopol to provide a mess-table and comfortable quarters for sick and convalescent officers, and also established a hut which served as an all-in-one store-restaurant for officers, with a “canteen” for ordinary soldiers who she referred to as ‘my boys’. She also visited the battlefield, sometimes under fire, to nurse the wounded and became known as ‘Mother Seacole’. Seacole’s work as a nurse was nearly as celebrated as Florence Nightingale’s, and the newspapers wrote that each woman was “The Mother of the Army.” Florence Nightingale was called “The Lady with the Lamp,” while Mary Seacole was “The Creole with the Tea Mug.”

After the war, Seacole salvaged what she could from her business and set up a shop in Aldershot, near the army base in England but it failed and she was left destitute.  Seacole’s London friends, remembering her generous nature during the Crimean War, organized a benefit to help pay her debts but it wasn’t enough. To raise more money, Seacole wrote ‘Wonderful Adventures of Mrs. Seacole in Many Lands’.

Queen Victoria, the future King Edward VII, and his brother the Duke of Edinburgh helped with a second “Seacole Fund.” The second Seacole Fund provided her with a comfortable income for the rest of her life.

Seacole died of a stroke on May 14, 1881. She was 76 years old. A rich woman at the time of her death, she left much of her money to her sister in Jamaica.