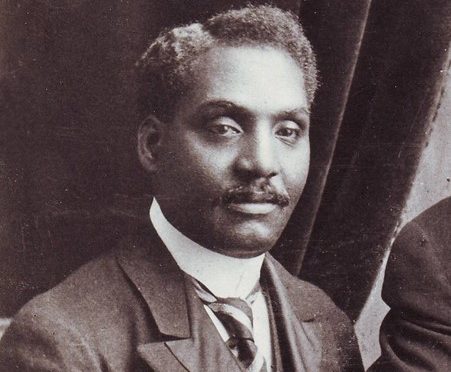 Dr John Alcindor, born in Port of Spain Trinidad, was a physician who came to Britain after winning a medical scholarship to attend Edinburgh University. Graduating in 1899, he moved to London. Having a medical degree and years of experience working in several London hospitals, he established his own general practice in Paddington.  When the First World War broke out in 1914, he naturally wanted to use his skills to help with the war effort, but was rejected by the Royal Army Medical Corps because of his ‘colonial origin’. It was a cruel snub and self-defeating as the Medical Corps desperately needed good doctors

John Alcindor was a gifted doctor, respected and trusted by his many patients, and determined to overcome bigotry and prejudice to help others during the First World War so he could play his part. Brushing aside the army rejection, he instead joined 90,000 others in signing up as a British Red Cross volunteer. Throughout the long years of the conflict, he helped countless wounded British soldiers at London railway stations as they returned from the battlefields giving lifesaving treatment.  Deservedly, he was later awarded a Red Cross Medal for his work.

Following the war, Dr Alcindor a long-term resident of Paddington became a senior district medical officer for the area.  Renowned for his devotion to patients, whatever their origin or race, he became known locally as the celebrated ‘black doctor of Paddington’.

Dr Alcindor also carried out research and published articles on cancer, influenza, tuberculosis, and syphilis. His research set the groundwork for the correlation between poverty, low-quality food, and unbalanced diets in poor health.

While his name lived on in local legend following his death in 1924, sadly Dr Alcindor’s legacy has largely been lost with the passing of time until a Heritage Blue Plaque was unveiled at the site of his old surgery in 2014.