Home > News > The changing face of the Armed Forces

The changing face of the Armed Forces 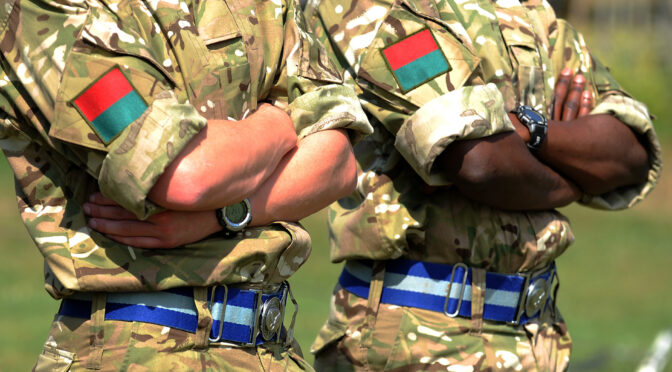 Twice a year the MOD releases the UK Armed Forces Biannual Diversity Statistics which captures data on diversity trends within the Armed Forces. Available data only goes back to 2012 but shows how, in such a short time, the trends have led to a much more diverse organisation. Although there were no official quotas set for recruiting from certain sections of society, the MOD has always been keen to encourage people to join from all communities so that the forces better reflect the make-up of the country.

It’s a far cry from when I joined in 1986 when my recruiting sergeant said to me ‘you want to join the Household Cavalry? Sorry son, you’re the wrong colour’.

So why is this relevant to us?

As the Armed Forces become more diverse, then so do our clients of the future. It’s important we recognise that in the past where we would expect certain types of roles were male-only environments, barriers for women in the military have been removed, and it’s becoming likely to see women doing these roles in civilian life. We must, as an employment charity, guard against steering our clients toward a particular type of employment as we hold outdated perceptions, and deliver balanced support.

What does the data tell us?

As expected the data tells us the Armed Forces is an increasingly diverse mix of people, but how far has the change gone? Here are the current statics based from 2012 through to this year.

Females serving in the military has grown from 9.6% in 2012 to 11%, which is expected to increase in the future as the ban was recently lifted where women weren’t allowed to serve in so-called ‘front-line units’.

BAME representation has increased from 6.7% to 9.2%, but interestingly there was a larger proportion of those born in Britain joining the Armed Forces, whereas there was previously high representation from the Commonwealth.

The MOD doesn’t currently hold data on LGBTQ+ but does intend to capture the data in the future.