‘That’s not for girls’ 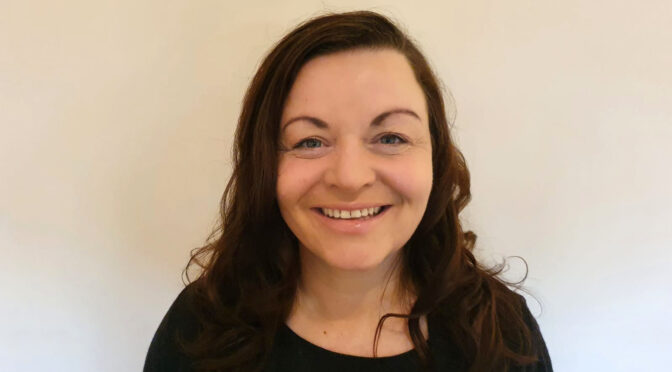 Mary, a programme manager for Raytheon UK and ex-Royal Corp Signals Sergeant, struggled to discover her vocational niche before joining the Armed Forces at age 18.

This was the frequent response Mary, a Raytheon UK programme manager and ex-Royal Corp Signals Sergeant, remembers hearing as a young girl exploring the world around her.

“I wanted to play with marbles, ride a racer bike, climb trees and play with computers,” said Mary.

And when it came to discussing career roadmaps with advisors at college, aged 18, she encountered similar attitudes of the time.

Uninspired by the options of secretary and cook put before her, the outlook was looking bleak. Until one day she overheard her dad, then a serving member of the Royal Corp Signals, discussing her elder brother’s desire to join the army.

For Mary, the army sounded exactly the excitement she was seeking.

After sitting asymmetric tests at an army careers office, she found herself recruited into the Royal Signals, who provide communications and systems infrastructure on all armed forces operations.

From then on it was a bit of blur from basic training to being assigned to her first unit at 20 years old – one of only two girls in a large troop of men. The previously separate women’s core of the army had only very recently been amalgamated with males.

Her first task at her new unit was to learn to drive and maintain armoured comms vehicles, i.e. tanks. She also learned how to build and install the cable harness, radios and antennas.

During her 14 years’ service, Mary was deployed to Bosnia, Northern Ireland and Iraq. In fact, her first engineering job was operating on an isolated mountain top site in Bosnia. “My job was to crew a Radio Rebroadcast detachment, which was used to extend the communications network within Theatre.  There were four of us manning the detachment and lived up there for 6 months,” she said.

Mary’s tour in Iraq saw one of her proudest military achievements and led to her advancement to Sergeant. “I was initially stationed at Basra Palace to set up the in Theatre Comms & Systems infrastructure (Telephones, Radio, Intranet & SATCOM),” she said.  “After two weeks, I was tasked to lead a small team of six on a SATCOM detachment located at Al Zybya port in support of 40 Regt Royal Artillery (RA), which was then struggling. Within four hours of being in location, I’d completed my problem assessment, created a plan for resolution and carried out the steps required to secure comms into the Ops Room, then later across the site.”

Mary says that the mindset and culture of the armed forces towards female servicepeople has improved a lot since she joined up, albeit the change has been slow. She does see a shift in attitudes encouraging more females into engineering.

“Technology has moved on and so have perceptions,” she said. “A lot of females are now taking up historically male roles. It is now predominantly about competence, however, there remain some legacy opinions.”

She still regards the armed forces is a great career choice for women but advises choosing a career path with transferable military skills.

“I originally chose military communications specifically because it would provide me with a transferable trade if I came out and looked for a civilian job,” she said. “I wish I’d known about RFEA’s Military Women’s Programme when I left the forces as I would definitely have reached out for its support and advice.”

Mary quickly learned that leadership structures in the civilian engineering sector differ greatly from the military. “In the army, we follow a formal career structure and we don’t interview for positions. Your annual performance review is written by your officer in charge and, based on performance, you are sent a list of potential postings to choose where you wish to go next. I found interviews in the civilian world really daunting as I’d never had to promote myself or my experience before.”

To aid this transition, Mary advises ensuring your experience and qualifications are comparable to civilian roles and tailoring your CV accordingly. For example, planning, leadership management, thinking outside the box, etc.

She also suggests as part of your resettlement plan, seeking an opportunity to do a placement/secondment with a civilian company in the sector you’re interested in for a period.

Mary already had a relationship with Raytheon UK whilst serving at RAF Waddington as the Ground Network Manager, where she worked closely with the software team at Raytheon on the Sentinel programme.

“When I was serving, I teamed up with Raytheon all the time. If there were any issues that needed solving, we worked together,” Mary said.

Having started as a communications and systems engineer, then subsequently promoted to Sergeant (Sgt) Royal Corps of Signals, she left the forces in 2009 and became a software configuration manager at Raytheon UK. Two years later, she moved into programme management and currently leads a team of engineers in spiral develop projects and innovation to enhance platform future capability.

“I am really proud of the innovation framework I created for Raytheon UK. That’s the reason why I love engineering. It’s the problem solving and my role at Raytheon UK is all about that,” she said.

When it comes to her own engineering heroes, Mary cites Elon Musk for his progress in space, electric vehicles, sustainable energy and a new satellite system to provide global internet access. “He has an absolute innovative mind and is [unrelenting] in his pursuit of broad areas of innovation.

“I also greatly admire Katie Bowman, who led the team that wrote the algorithm to image the black hole using the Event horizon Telescope in 2019.”