RFEA re-awarded the Call of Duty Endowment Seal of Distinction 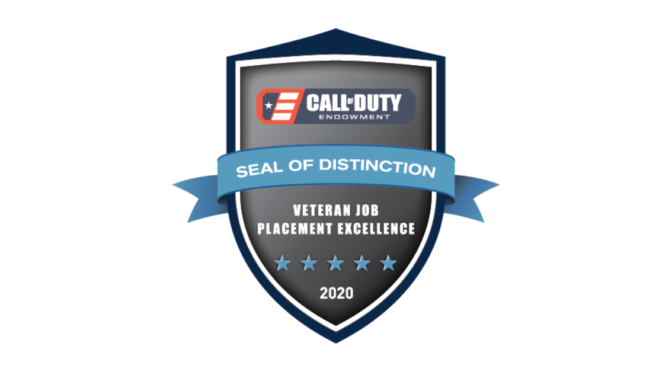 We are delighted to have once again been awarded the Call of Duty Endowment‘s Seal of Distinction for our work supporting UK veterans into employment.

Founded in 2013, the Seal of Distinction program is foundational to the Call of Duty Endowment’s impact-driven, philanthropy model.  The award recognizes those organisations in the veteran employment space that have achieved the highest levels of effectiveness and efficiency in placing veterans into high-quality employment. The Endowment awarded the seal to RFEA based on documented, assessed and sustained superior performance, in line with their high standards.

Peter, a former Guardsman, registered with RFEA’s Ex-Forces Programme in  May and assigned to one of our Endowment-funded advisors. Having been made redundant from his job supporting veterans with housing needs, he’d only been able to find short-term work and found job hunting while in lockdown to be increasingly frustrating.

After some networking advice and links to local employers, Peter successfully interviewed for a job once again supporting veterans like himself.

Peter said: “Working within veteran support means a great deal for me as I have been on the other side, needing such support. I now have a direction, focus and career path to challenge my thoughts and passion. In turn, this has lifted the dark cloud that was starting to accumulate above me.

“I can now start to look forward to the future with the ability to support my family, work colleagues and new client group. ”

Thanks to funding from Call of Duty Endowment, RFEA supported over 1,000 veterans into employment last year and launched our new Military Women programme. It is due to their contributions, and those of other funders, that we were able to continue delivering our mission to over 19,000 beneficiaries despite Covid-19 restrictions.