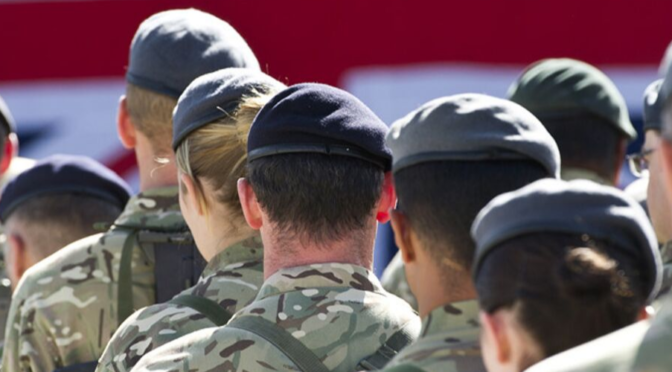 From 1st October 2019 RFEA – The Forces Employment Charity is to become the lead partner for The Royal British Legion’s employment support, which helps thousands of ex-Forces personnel and their families in civilian life.

Following a long-standing partnership between the charities, the move comes in recognition of RFEA’s credentials as the leading experts in providing life-long, life-changing employment support and training opportunities to service leavers, veterans and reservists and their families, irrespective of circumstances, rank, length of service, or reason for leaving.  RFEA will continue to work collaboratively with the employment partners, replacing The Royal British Legion’s Civvy Street initiative.

Under the new, simplified process, all Employment Support and Employment Grant enquiries will be directed to the 120+ strong team, which operates in Scotland, Wales Northern Ireland and every region of England. They will provide the necessary support to jobseekers (ranging from finding the right job to securing funding for education/ training), based on extensive knowledge of both the military environment, as well as the local civilian jobs market.

RFEA will refer those interested in becoming entrepreneurs to X-Forces, which specialises in supporting those wanting to embark on self-employment and to a range of specialist military employment charities delivering training or other tailored support.

Mark Collins, Assistant Director (Operations) at The Royal British Legion says: “With RFEA’s knowledge of employment needs and opportunities for our ex-Forces, as well as its clear understanding of the incredible support available through our other partners, we know that those seeking help will be in safe hands with RFEA at the helm. This is a wonderful strengthening of the partnership between The Royal British Legion and RFEA and the previously forged relationships with the other employment partners. Placing the delivery of employment support squarely with the specialists.”

Alistair Halliday, Chief Executive of RFEA, adds: “We are delighted to be given the opportunity to lead on employment support for The Royal British Legion. RFEA has helped almost 20,000 ex-military job seekers and their families in the last year alone and we are looking forward to providing our life-changing support to many more through this partnership.”

Following the death of his wife, Graham Herbert became a single parent to two primary school age daughters. This dramatic change in circumstances meant he had to quickly change career in order to work around his daughters’ needs. With RFEA’s help with research and CV writing, he has been able to undertake a number of part time courses and forged ahead with a new career in horticulture. He is now about to embark on the next level of his training and has been awarded a Royal British Legion Grant to fund the equipment he needs as a prerequisite for his new course.

Graham says: “When my circumstances changed, I didn’t really know where to start. Having someone to help narrow down my choices and prepare myself for a new world of training and work really has been invaluable – without RFEA’s help, I actually don’t know what I would have done.”