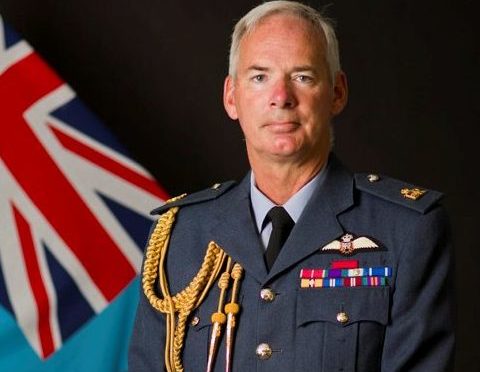 Sir Andrew was commissioned into the Royal Air Force in 1977 and after flying training, joined No 72 Squadron, flying Wessex helicopters. During his distinguished career he flew over 5,000 hours on both Wessex and Chinook helicopters. In addition to the UK and Germany, he saw operational service in Northern Ireland, the Falkland Islands, Lebanon, the Balkans and the Gulf. He also completed exchange tours with the Royal Navy’s Commando Helicopter Force and the Royal Australian Air Force.

Sir Andrew’s appointments included command of 18 Squadron RAF; two years as Personal Staff Officer to the Chief of the Air Staff; command of RAF Odiham; and command of the Joint Helicopter Force for Operation Telic in Iraq. At a senior level he was Air Officer Commanding (AOC) Number 2 Group RAF; was Assistant Chief of the Defence Staff (Operations); and Air Member for Personnel where he was responsible for all aspects of RAF personnel capability including recruiting, training, career management, welfare and resettlement. He retired in 2016 having served three years as Chief of the Air Staff and professional head of the Royal Air Force.

Stephen Gledhill, RFEA’s Chief Executive, said: “All of us at RFEA join in welcoming Sir Andrew as our new Vice-Patron. He brings a wealth of military experience, together with a deep understanding of the issues facing those transitioning from the Services to civilian life.”

Sir Andrew said: “Helping Service personnel transfer their skills to rewarding and sustainable civilian employment after the military is a key part of successful transition. I am very pleased to support RFEA in its vital work to ensure that Service leavers and Veterans get the right job and build a successful second career”.